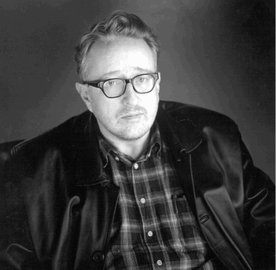 Co-director of the Humanomics Center

My post doc habilitation thesis Diagrammatology. An Investigation on the Borderlines of Phenomenology, Ontology, and Semiotics (2007) undertakes a reconstruction and actualization of the doctrine of diagrammatical reasoning in Charles Peirce’s semiotics, arguing that the general notion of diagram plays a central role in a Peircean epistemology and is fit to cover cognitive science concepts like frame, script, schema, etc.

Together with Jens-Martin Eriksen, I have written several books, including two volumes on the 1990s Balkan wars as well as The Democratic Contradictions of Multiculturalism (2012, also in French and Danish).

In 2014, I published Natural Propositions: The Actuality of Peirce's Doctrine of Dicisigns centered upon the many interesting features of Peirce's multimodal theory of propositions.

With Peer Bundgaard, I have edited the 4-vol. Semiotics – Critical Concepts with classic and new semiotics papers (2010). I co-edited the 2500-pages intellectual history Tankens Magt (The Power of Thought, with Hans Siggaard and Ole Knudsen, 2006).

With David Budtz Pedersen, I am the PI of the Velux Foundation "Humanomics" projects and co-editor of the Danish books Kampen om disciplinerne (The Struggle over Disciplines, 2015), Kortlægning af dansk humanistisk forskning (Mapping Danish Humanities Research, 2016), and Kampen om mennesket (The Struggle over Humanity, 2018). In 2017, the English volume Mapping Frontier Research in the Humanities appeared.

In 2016, I published MEN - ytringsfrihedens historie i Danmark (BUT – the history of free speech in Denmark, with Jacob Mchangama); in 2017, Syv myter om Martin Luther (Seven Myths about Martin Luther).

Beginning in the fall of 2018 is the Carlsberg Foundation project "Press Freedom Writings 1770-73" with Ulrik Langen and Henrik Horstbøll, celebrating the 250. anniversary of the abolishment of censorship in Denmark in 1770.

The purpose of this webpage is primarily to function as a library of academic papers.